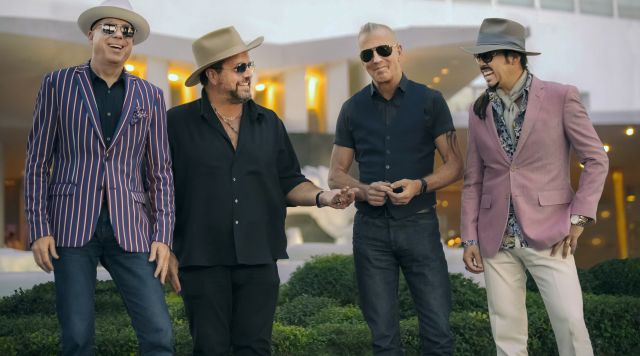 The Mavericks – masters of country-Latin rock’n’roll, born in the rich cultural mix of Miami then tempered in Nashville’s country hothouse – rode high in the country and rock charts of the 1990s with culture-crossing hits like “What A Crying Shame” and “All You Ever Do Is Bring Me Down.” Then, they conquered Europe with the titanic feel-good party classic “Dance The Night Away,” a 400,000-seller in the UK. Yet nothing lasts forever, and in 2004 The Mavericks went on hiatus while frontman, Raul Malo, explored new musical avenues.

But since a reunion in 2012, the band has re-established itself as one of the most exciting and joyfully entertaining acts on the touring and festival circuit across the planet. It’s a reputation based on their irrepressible mix of country, Tex-Mex, rockabilly, and Latino sounds plus, a riotously entertaining, world-renowned live show.

The Mavericks are true American originals, heirs to the great song-writing traditions of Cuba and Miami, and of Nashville, San Antonio, and Memphis. Now, on their 30th anniversary as a band, they’re back to remind the world why they’re so good.